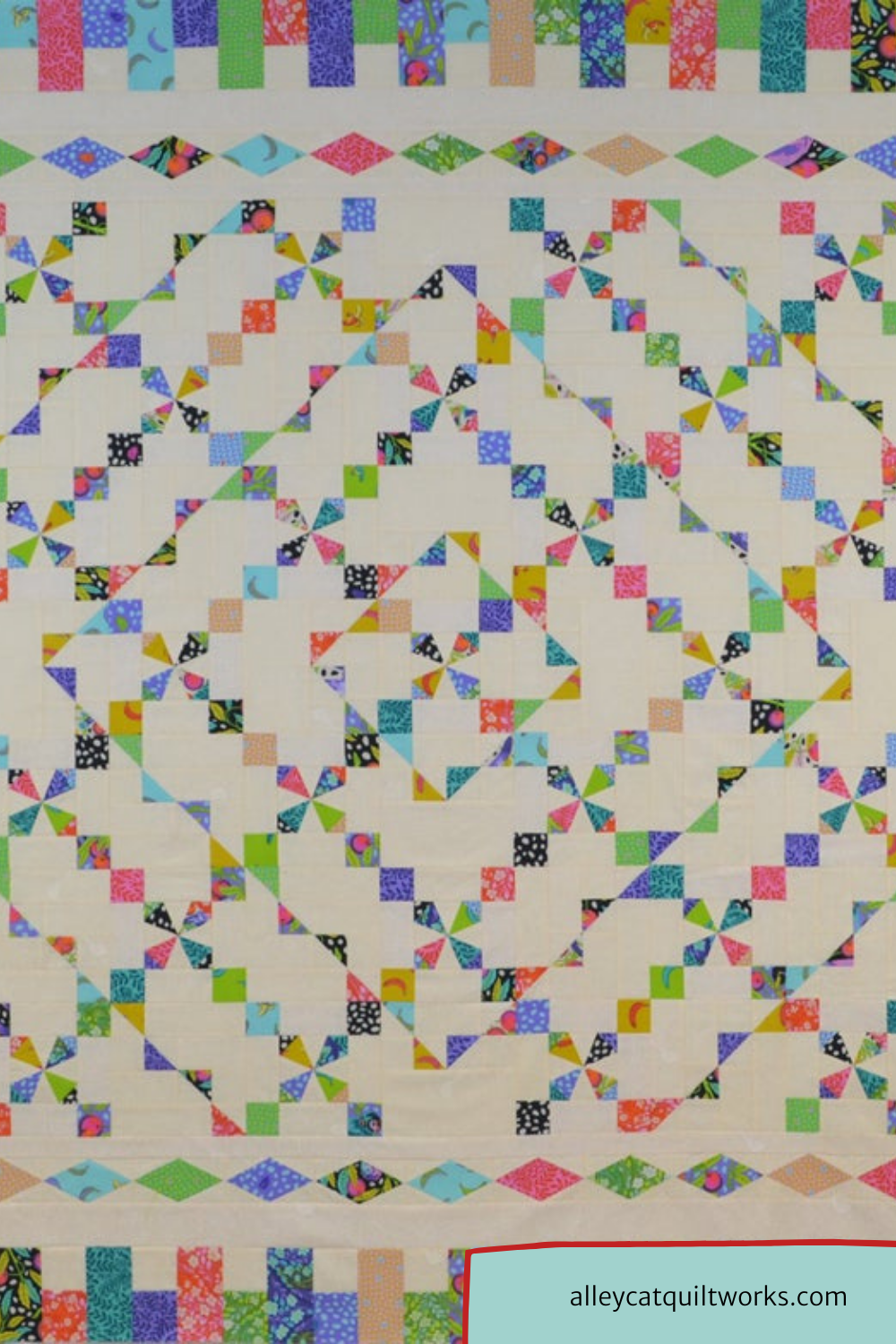 Ticker Tape Parade was inspired by parades held in New York City, where large amounts of shredded paper (originally actual ticker tape, but now mostly confetti) was thrown from nearby office buildings onto the parade route, creating a celebratory effect by the snowstorm-like flurry which is evident in the quilt center. The Diamond Rects border represents the barriers that can be found along the streets to keep the crowds back. The Piano Keys represent the buildings flanking the streets, colloquially called the “Canyon of Heroes”.